A new Conservative government will restore public confidence in Canada’s immigration system by stopping the flow of illegal border crossers from the United States and prioritizing newcomers from the world’s most dangerous countries.

A new Conservative government will:

When everybody follows the rules and the laws are enforced, immigration is good for the economy, good for jobs, and good for the people who have chosen to come to Canada. 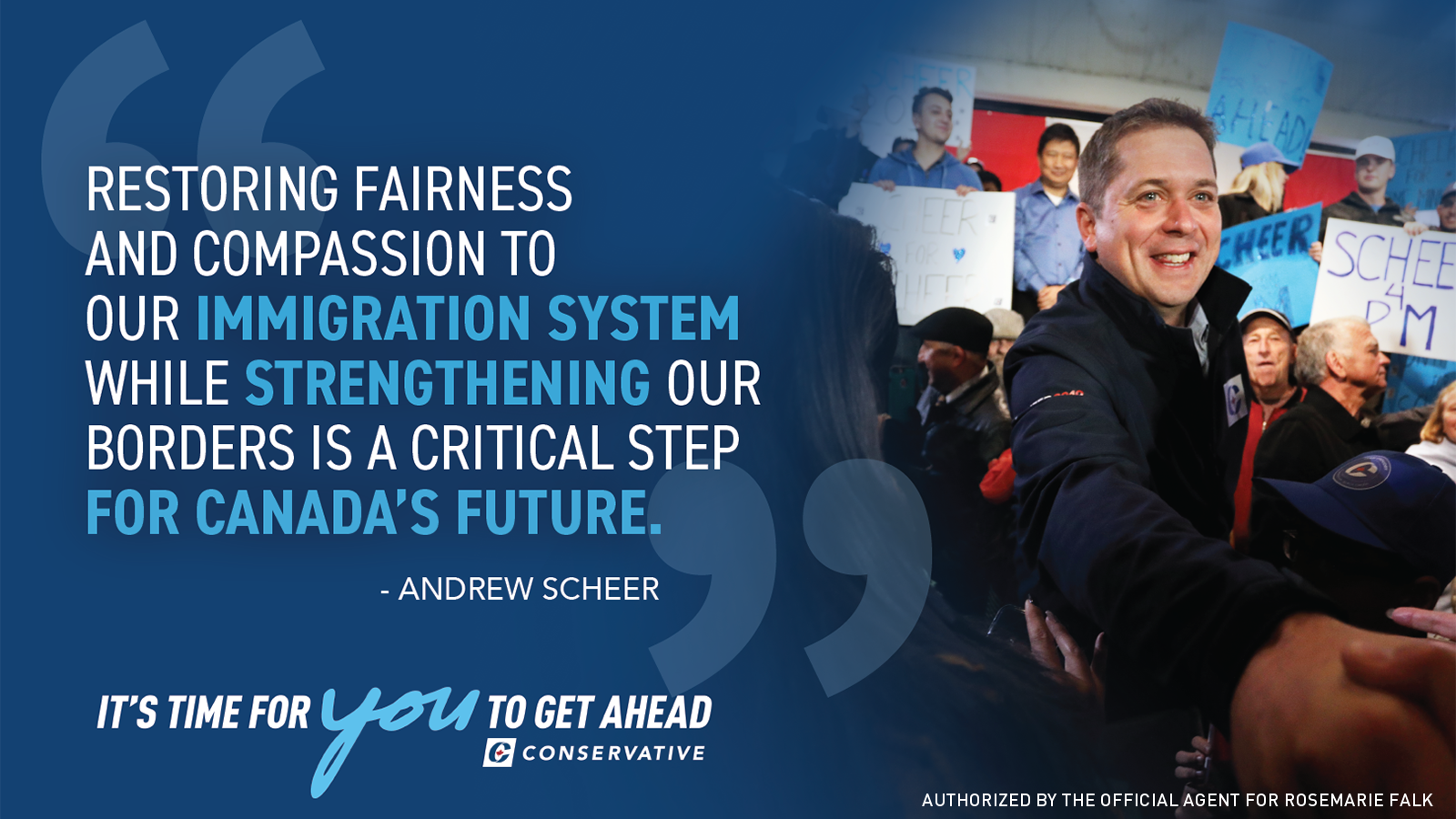